Every Memorial Day, ThirdWaveDave remembered those who gave their lives in the defense of our country.  For as long as he had a blog, he honored them by posting the beloved poem “In Flander’s Field”.

So now it is my honor, duty and privilege to continue the tradition Dave began.

In his Memorial Day post of 2010, he wrote about Bugles Across America.  One of Dave’s last requests of me was that if he didn’t make it through the marrow transplant, he wanted a bugler from this organization to play taps when we spread his ashes.  Dave would be pleased to know that a bugler did just that as we scattered his ashes to the wind over the Atlantic Ocean on Veteran’s Day, Nov. 11, 2012. 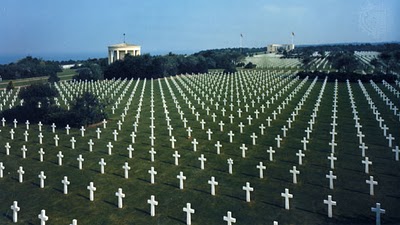 In Flanders fields the poppies blow
Between the crosses, row on row
That mark our place; and in the sky
The larks, still bravely singing, fly
Scarce heard amid the guns below.

We are the Dead. Short days ago
We lived, felt dawn, saw sunset glow,
Loved and were loved, and now we lie
In Flanders fields.

Take up our quarrel with the foe:
To you from failing hands we throw
The torch; be yours to hold it high.
If ye break faith with us who die
We shall not sleep, though poppies grow
In Flanders fields.

Memorial Day is set aside each year so we can honor those who gave their all in service to our nation. Below are two such servicemen.

On this Memorial Day, I’d like to point out, and thank, a group of people for the work they do in honoring our nation’s deceased military members.

In 2006 I wrote about Nichelle Cushing. One day while watching a military funeral on television, Nichelle saw something that bothered her, so she took it upon herself to help correct the problem. Nichelle was just 11-years-old.

On the day they buried Beecher Pierce, Nichelle Cushing stood at parade rest in a cold, pounding rain, some hundred yards from the coffin. High-top, lace-up boots slightly apart. A black beret cocked with formal precision on her hair. A small American flag pinned near the neck of her long black dress. One hand behind her back, the other gripping a 105-year-old bugle.

Nichelle brought her boots together, shut her eyes, drew her full 5 feet and 1 inch to attention, raised the bugle to her lips and sounded the nation’s final tribute to a fallen hero — taps. –continue reading.

1 thought on “It is my honor, duty and privilege…”