The Gateway Pundit is among the first to have “The News” that “Toute le monde” has been breathlessly awaiting since they wheeled him out on a stretcher (or was that a wheelchair and into a van* as some have reported?)

Jeffrey Epstein’s autopsy was supposed to be released Sunday evening, however the NYC medical examiner said the determination of his death is pending further information.

“The New York City Medical Examiner Says the “determination is pending further information at this time” as to Jeffrey Epstein’s death” according to NBC News. 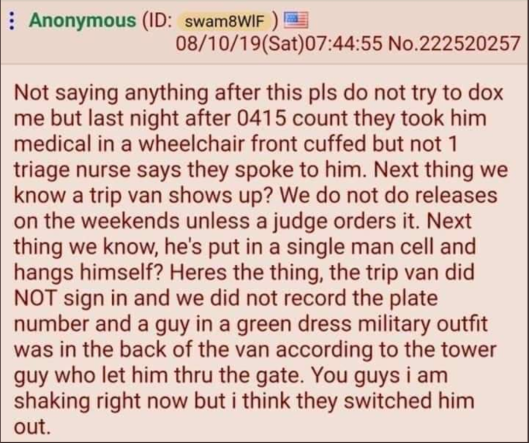 1 thought on “NYC Medical Examiner: ‘Determination of Epstein’s Death is Pending Further Information at This Time’”