The term “swift-boating” is synonymous with nasty campaign tactics.

Attorney General Barr advised that the disclosure of this information will not interfere with ongoing DOJ investigations. Additional declassification and public disclosure of related intelligence remains under consideration.
The New York Post wrote about the Clinton Operation in 2016, but the details declassified here were unknown at the time.
https://nypost.com/2016/10/24/clinton-campaign-discussed-swift-boat-project-to-undermine-trump/

by tying him to Putin & the Russians.” 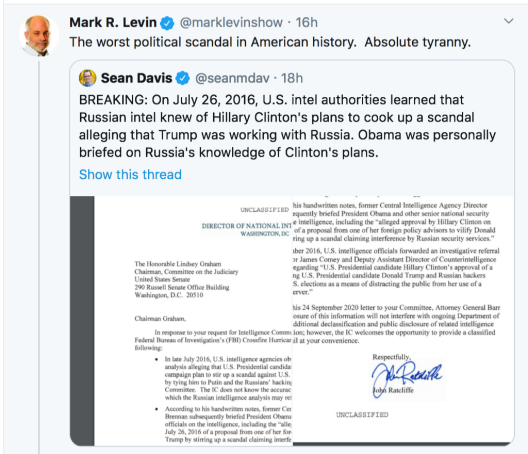