Copied from a tip from Hair on Fire 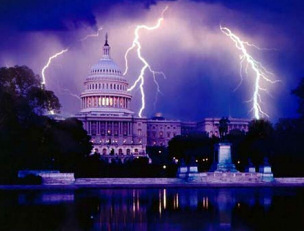 Video: Lucas Daniel Smith, the person that claims he obtained an Obama birth certificate in Mombasa, Kenya called in to the CFP Radio Show hosted by Douglas Hagmann and Judi McLeod. Lucas Smith says he is willing to testify before Congress under oath and under penalty of perjury about Obama’s alleged Kenyan Birth Certificate.

Commander Charles Kerchner and Attorney Mario Apuzzo were the guests on the show when Smith called in. Commander Kerchner asked Smith if he had received any responses from the elected officials he sent the birth certificate. Smith sent packets to every U.S. Senator and every U.S. Congressman and Smith said he only received 3 letters, a few emails and one phone call. He most likely received the uniformed responses which were based on this garbage here.

I would suggest Lucas Smith take him up on the offer. Let it all be examined by professionals instead of talking-heads and obots.  Video clip is about 13 minutes long. The full 2 hour show can be found here.

Now, the other issue the Congress should have hearings on… The elephant in the room!

BREAKING: Attorney Leo Donofrio; – The Boston Globe: “native born” does not equal “natural born” for Presidential eligibility. – You may add The Boston Globe to the growing list of influential media sources who have expressed the opinion that simply being born in the United States does not qualify one to be President. …Continued here.

Notre Dame Professor Charles Rice: Obama’s eligibility could be biggest political fraud in the history of the world; time for a new approach -Details here.

Visit the Birther Vault for the long list of evidence against Hawaii officials and all of the people questioning Obama’s eligibility; [http://obamareleaseyourrecords.blogspot.com/2010/08/video-ltc-terry-lakins-attorney-on-cnn.html].
U.S. Presidents & Eligibility: Grandfather Clause, Natural Born Citizen Clause, or Seated by Fraud

11 thoughts on “Congress will NOT call him in. Why?”