Holocaust, Rose Bosch, The Round Up

A Thank You to Joan S for sharing this with us.  Did you know of France’s involvement in the Holocaust? You know, the Holocaust that devil spawn Ahmadenijad says never happened? 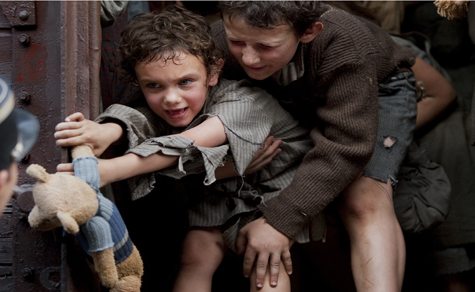 The day France betrayed its Jews

For years the French glossed over their part in the Holocaust. Now a hit film is forcing them to face their guilt

On the morning of July 16 1942, some 13,000 Jews were arrested in Paris and sent to internment camps around France. After months of near starvation, the adults and children were separated and deported to Auschwitz. Only 25 of them returned to France at the end of the Second World War.

This may be only a short summary of these horrific events but it is more than you will find in French text books. The Vel d’Hiv round-up (named after the Winter Velodrome, the cycling stadium where the Jews were detained) has been almost totally ignored in France. This appalled investigative journalist and film-maker Rose Bosch, so much so that she spent five years of her life making a feature film about the episode. The resulting movie, The Round Up, has had a massive impact in France. It was one of the top 10 films of 2010, and was seen in cinemas by more than three million people – more than Hollywood blockbusters Schindler’s List and The Pianist.

Bosch, who wrote the screenplay and directed the film, does not think there was anything accidental about this collective lapse of memory by the French. “It was completely intentional. I’ve been a journalist on news magazines for many years and I know these things aren’t forgotten by accident. There was this terrible shame about what happened.”

Bosch explains why this might be. “The French authorities negotiated with the Germans to take Jewish children that the Nazis did not even ask for. Most French people did not realise that there were more than 200 camps in their country. From 1940, Marshal Pétain, the president of the Vichy regime, had sent Jews to those camps without any demands coming from the Germans. He also published anti-Jewish laws before the Germans asked him to.”

She adds that France was the only country in Europe which sent thousands of unaccompanied children on trains to the death camps. When they arrived at Auschwitz they were either marched to the gas chambers or machine-gunned to death.

For the French, discovering about their wartime past has been a traumatic experience. Says Bosch: “Imagine you just discovered there were camps in Britain, where people had been starved, abused and then deported to be murdered. That would be very shocking.”

Bosch was adamant that all of the main characters in the film should be real-life people. “I wanted it to be as accurate as possible. We wanted to get this tragedy known and into the text books, rather than the two lines that I read when I was at school.”

Her research took three years, with two clear strands developing, both of which are represented in the film. The first was the political background – the horse-trading between the French authorities and the Nazis. The second was the minutiae of life for the Jews in occupied France. She says; “I wanted to find survivors because I was thought it would be tough to make a film in which all the children die. On top of this, I wanted it to be mainly from the point of view of the children because I remember from when I was a reporter that children were always the victims – either losing their parents or witnessing horrors.

Children also comprised a large part of the audience. “Children of 12 are taught about the Holocaust in France and it was these kids who went to see The Round Up and then told their friends about it. I think they identified with the children in the film.”

Bosch, who is not Jewish, said that she had expected during her research to discover that the French had been generally antisemitic. However, she found that there had been many instances of heroism. “On the morning of the round up, 10,000 Jews just vanished – they must have hidden by non-Jews. This would have been very risky.”

Bosch, whose film career goes back to 1987 when she wrote the screenplay about Christopher Columbus which became the basis of Ridley Scott’s Hollywood film, 1492: Conquest of Paradise, was not expecting The Round Up to be a money-making venture. In fact, she and the stars of the film, including Jean Reno, agreed to defer their salaries to keep costs down. So she is surprised that the film is now being shown worldwide.

She adds: “Our generation is the last one which will be able to hear the memories of these survivors. It is important to get these stories now while we still have the chance. I fear a world where those people won’t be here to tell us what happened. The Holocaust was something so gigantically horrific that when all the witnesses have gone, people may choose not to believe that it happened at all.”

‘The Round Up’ is on release from June 17