We’re on the Blue Bus and it is 2 a.m. ET.  We’ve put in a full day with two rallies, one this morning in Grand Junction, the other this afternoon in Denver.  We are on our way to No. Platte, Nebraska for tomorrow’s Tea Party rallies there and in Omaha. We’re about three miles from the hotel, and eager to crash for the night.  Long day.

The bus’ flat panel TV screen is above me and I’m watching the replay of the Glenn Beck Show, hosted tonight by Fox Senior Judicial analyst Judge Andrew Napolitano.  Napolitano opens the show explaining four key elements of what’s unconstitutional about the newly signed Health Care law.  Congress cannot order the people to buy health insurance.  The Supreme Court has said the most private of our conversations are between us and our physicians, yet this law required the physicians to report our information to federal bureaucrats.  And that’s just the beginning.  We must destroy this despicable law.  It is strangling us and violating every core principle of our founding document.

The Congress that enacted this monstrosity recognizes no limits on its own powers.  That is 180 degrees from the values of inalienable rights and the limits on government that the Constitution gave us. We MUST vote them out in 2010.

State leaders from across the nation say this law infringes on states rights. And Florida’s Attorney General Bill McCollum is just one of many state AG’s doing something about it — Florida is suing the Federal Covernment for infringing on state sovereignty.

In the hotel now, finishing up this post before heading to bed.  But before I do, I want to tell you that this is why we’re taking the Tea Party on the road.  We’re meeting with fellow Americans to encourage each other to get involved with local and state governments to push our elected representatives to protect our communities from this monstrous federal government that knows no bounds, much less the constraints of the Constitution. Push back.  PUSH BACK!!!

One woman in Grand Junction hugged me at the conclusion of the rally and began to cry.  “I’m scared”, she told me.  “I’m afraid of where our country is heading.”  I joined my fellow Tea Party speakers and performers,  moving into the crowd to shake hands and thank these wonderful people for coming out on a windy morning to be with us.  It was the most moving thing — the most powerfully emotional thing I’ve experienced to date.  I was in tears, looking into the eyes of men who had fought for our country, and the women who lived through it, waiting for their loved ones, some to never return home again.  They know the fight.  They’ve been there.  But none of them ever imagined anything like this could be happening to them, their children, and their grandchildren.  It moved me beyond words…

Photos follow of our Tea Party Rally in Denver late this afternoon.  More about the Tea Party Express national tour tomorrow. Don’t forget to check Dave’s site for updates.  And tune in to our nightly internet radio show at 9pm ET where Dave has been holding down the fort this week taking on hosting duties. And doing a fine job of it too.  See the post he wrote this morning. 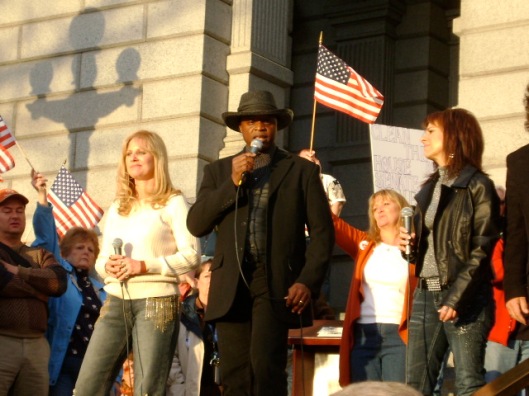 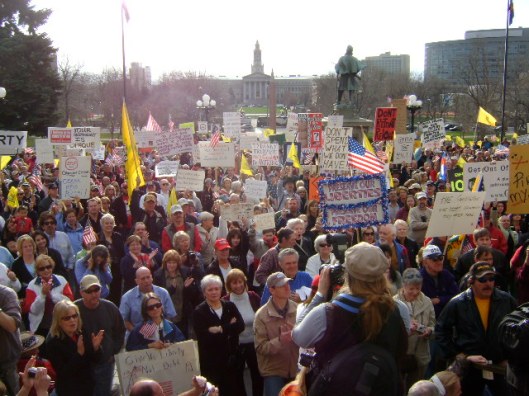 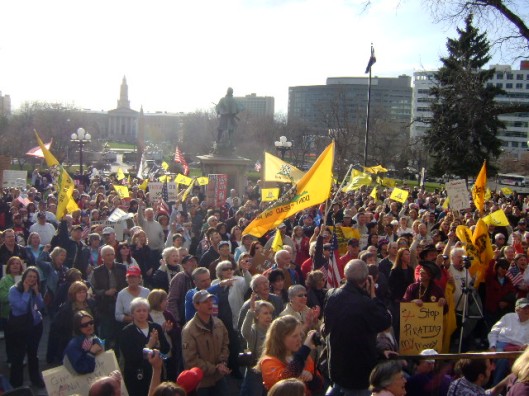 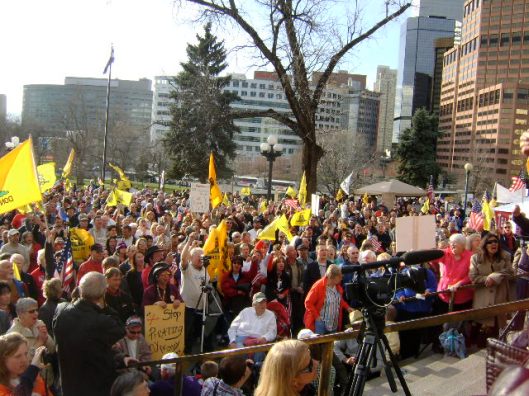 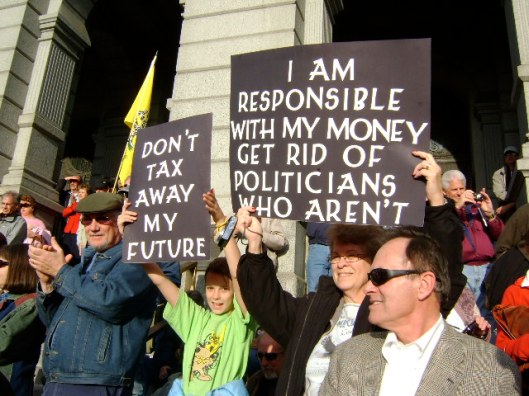 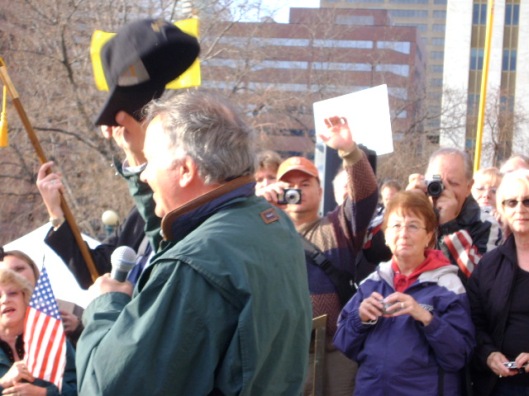