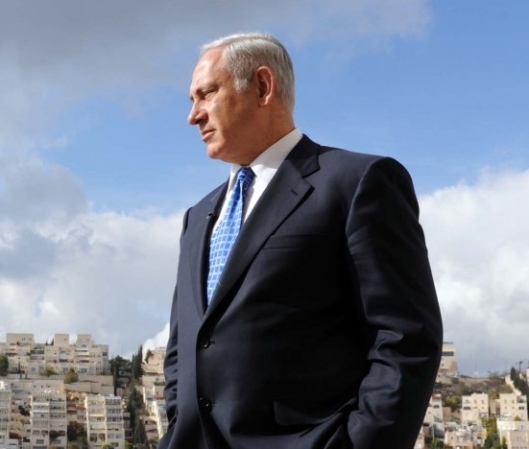 Earlier today I posted about the warning Maj. Gen. Paul Vallely issued about the grave danger Israel is in. Following that, I received this from a colleague who has close friends in Israel. Here’s what she wrote:

I have just received this: from my friend in Israel who moves in high circles there.

No attribution possible. It’s from a very trustworthy source who was himself the recipient and knows these people. They send him information clandestinely and they remain incognito, so that they can safely inform Americans of what is actually happening. I’m sure that they would be pleased to have the information disseminated.

Incidentally, in my opinion, this is what appears to be happening. Obama has made secret deals with the Iranian mullahcracy to facilitate the weakening of both the USA and Israel, even the planned destruction of Israel, in exchange for promises from Iran and now the Turkish leadership that ‘all they want’ – à la Munich, 1938 – is their individual MidEast Sudentenland, each of them.

Turkey and Iran have decided to split the ME between them – East and West. Turkey will recreate a new Sunni-controlled Ottoman Empire, and Iran will be allowed its own ‘greater Iran’ hegemony…i.e. a new Shiite Caliphate stretching beyond its current borders.

Obama, who is a Muslim, agrees with this plan and has pledged to help throw Israel – along with all American national security interests – to the wolves.

This appears to me to be what is currently happening, and Americans had better awaken to this reality long before November, 2012, or we won’t have a country, or an Israel, to save any longer.

***
Tonight Clive and I heard very disturbing information – we heard it from a consultant to the United States who meets once a month with the President in the White house. He is in the know. This is what actually has happened with the relationship with Israel and the USA and it is not pretty:

1. Israel during the Bush and Clinton Administrations – had landing rights in Turkey, and in the USA bases in the middle east and more recently under George Bush, in Iraq. This was in case they were invaded by Iran , or Saudi or any other Arab country. Obama has withdrawn those landing rights. Israel now has nowhere to refuel in the middle east.

2. Netanyahu was instructed to come to the white house for a meeting. He was brought in through a servants entrance – the only head of state ever in US history to be given that disgraceful treatment. He was not offered even a cup of tea – but was lectured to by Obama who told him that he is not permitted to attack Iran and that he has to withdraw all forces from the West bank and may not build any more settlements ( neighborhoods) in East Jerusalem.

3. Israel found out that there were four terrorists meeting in Dubai . As they have done for the past 62 years, they informed the US of that and said that these terrorists had to be dealt with. Obama said under no circumstances. Israel decided to go ahead. They killed the one terrorist who showed up. However the CIA was sent there to film the entire event by Obama – and then a concerted PR campaign was waged by the White house to discredit Israel and what they did – this kind of action has taken place with US support for the past 62 years since we have common enemies.

4. Obama has refused to oppose Syria ’s re arming of Hezbollah and Hamas – Israel now sits in imminent danger from the amounts of missiles that can be sent into her territory.

5. Israel will never tell the US again of its plans – since they cannot trust us.

6. Israel intends to attack Iran –there are over 30 installations of which 4 have underground bunkers that contain nuclear weapons. Israel cannot wait any longer. The US is no longer supporting Israel ’s self defense.

7. This is the same man that gave the White House a full file on the 9.11 attack – his warnings and proof were laughed at.

8. He believes that the next attacks in the USA will be mass transportation – subways and malls – especially the largest malls where the most people can be killed – and that Vegas and wherever there are conventions of employees will be a huge target. We are not prepared and are naïve in our lack thereof.

9. Once Israel attacks Iran , every Jew and Jewish institution will be at risk – temples, religious schools etc. We must be prepared.

What can be done?

It is essential that everyone who doesn’t know yet, now understands that the protection and survival of Israel is not on Obama’s list – and he is now taking ACTUAL steps to move all protections away – no more landing rights, negotiating with Iran and Syria, making nice to the Moslem World in the face of allies of long standing and he is no friend of the Jewish people and Israel.

We must be sure that we elect politicians who protect Israel as well as the USA – our interests are intertwined. Please forward to everyone you know.

15 thoughts on “Too horrible to contemplate”