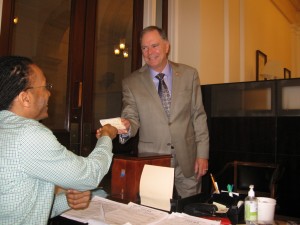 My Congressional rep is one of the few guys who practices what he preaches when it comes to fiscal conservatism.

According to The Shark Tank, Bill Posey(R-FL 15) is one of a select few Members of Congress that personally wrote a check to the government which returned the pay increase that members of Congress are mandated to receive by the House Finance Office.

Since 2009, Congressman Posey has return this mandated pay raise by writing a personal check in the amount of $4800 a year to the U.S. Treasury.