I thought he ate the punk’s lunch.

Hunkered down for the night at the Country Inn Suites in Marquette, MI, most of the Campaign to Defeat Obama team commandeered the hotel’s dining room to watch the first of three presidential debates. The consensus? Obama slipped and slid and obfuscated, and glared at moderator Jim Lehrer to call “Time” on Romney, and had nowhere to go because Mitt Romney kept him reeling with the facts he threw out like a boxer’s punch.

Though he did well in arguing and taking the offense with facts, Romney missed a huge opportunity that could have delivered the knockout punch.

When Obama said his federal budget for the entire government (required to be submitted by law), was a serious document, Romney should have reminded him and the American people that even Congress knew it was anything but because when it was presented to Congress earlier this year, it failed 0-97.

In other words, Obama’s budget was “so serious” that Congress considered it DOA and in 2012 both the House and Senate called this “serious” budget up for a vote and it failed to get one vote for passage!

“And by the way”, Romney could have continued, “three out of the four years you submitted it, you did so after the deadline. You broke the law.”

Though Romney didn’t deliver that punch, he nevertheless came out of the debate the clear winner. In fact, CNN’s poll of registered voters showed that 67% thought he won the debate, compared to only 25% who thought Obama did. 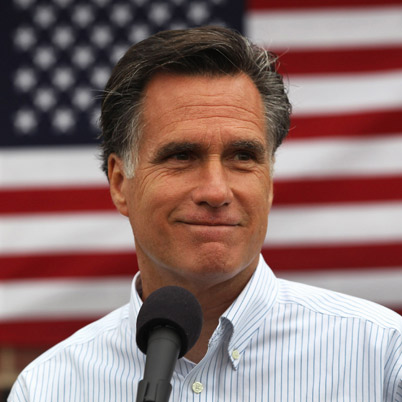 4 thoughts on “I thought he ate the punk’s lunch.”