No, you won’t find me “Somewhere over the rainbow“…

But I am at Facebook, writing up a storm every day.

I often think I should come here and paste in what I’m writing over there, but it’s time consuming. And as time is of the essence, or as some would also say “tempus fugit”, we don’t have a lot of it to waste, do we?  The clock ticks…

So unless I’m motivated to write a substantial opinion piece, I prefer the ease, quickness — and immediate exposure — that my scribblings get over there.

You’re right.  But at this point, I don’t think it matters.  They’ve got my number, just as they’ve got yours, and if they want to pull us over, what’s to stop them?  Cell phone records, text messages, E-Pass electronic toll records, Google earth photos of my home, credit cards… it’s ALL there in their massive data storage banks, the electronic fence in Utah they will one day use to pen us in as the Nazis did the Polish Jews in the Warsaw ghetto — unless we somehow rise up and stop them.

So… what the hell.  If we let them cower us into silence, they’ve already won.

If you haven’t lately, I invite you to read my weekly column at WND which you’ll find on the DIVERSIONS page.  This last one (July 15) about Trayvon Martin and his penchant for “Lean” was a humdinger, attracting more attention than any other I’ve ever written in my four-plus years there.  If you haven’t read it, head over to see why it created a firestorm of comments — well over a thousand — most of them hate-filled rants.

Aahhh….. how I love the smell of napalm in the morning!

You’ll also find me Twittering, though not as often as FB where I seem to have found a home and a growing audience.

Then there’s my radio show, which has been on hiatus since the end of May when I left hearth and home for six-weeks of travel that included stops in Montreal, Quebec, Prince Edward Island, Nova Scotia, Maine, Massachusetts, and Connecticut.

While I’ve decided to take the summer off, my nightly show will pick up again without missing a beat on Sept. 2nd, with guest Diana West who’s written American Betrayal: The Secret Assault on Our Nation’s Character (St. Martin’s Press).

I’ll be broadcasting Monday thru Thursday nights at my usual time — 9pm ET, and look forward to being back behind the mic (or in this case, my iPhone) bringing you top notch interviews, news I’m itching to comment on, and of course, my rants, bitches and moans.

And last but def not least, the one year anniversary of Dave Logan’s passing is rapidly approaching.  Amazing that it’s coming up on a year — August 7th — since we lost him to complications resulting from a stem cell transplant we hoped would eradicate the leukemia that plagued him.

I want to share a story with you that is related to Dave, who loved our men in uniform as much as life itself. (His hero was Gen. George S. Patton, Jr., whose quote about politicians embellished Dave’s blog masthead.)

Day before yesterday, I received an email from our dear friend Burt Boyar (you’ll find plenty about him here on this site – click on his name) who shared a bittersweet story about… well… I’ll let the story tell itself:

“It’s the cup of brandy that no one wants to drink.”

They once were among the most universally admired and revered men in the United States . There were 80 of the Raiders in April 1942, when they carried out one of the most courageous and heart-stirring military operations in this nation’s history. The mere mention of their unit’s name, in those years, would bring tears to the eyes of grateful Americans.

After Japan ‘s sneak attack on Pearl Harbor, with the United States reeling and wounded, something dramatic was needed to turn the war effort around.

Even though there were no friendly airfields close enough to Japan for the United States to launch a retaliation, a daring plan was devised. Sixteen B-25s were modified so that they could take off from the deck of an aircraft carrier. This had never before been tried — sending such big, heavy bombers from a carrier.

The 16 five-man crews, under the command of Lt. Col. James Doolittle, who himself flew the lead plane off the USS Hornet, knew that they would not be able to return to the carrier. They would have to hit Japan and then hope to make it to China for a safe landing.

But on the day of the raid, the Japanese military caught wind of the plan. The Raiders were told that they would have to take off from much farther out in the Pacific Ocean than they had counted on. They were told that because of this they would not have enough fuel to make it to safety.

And those men went anyway.

They bombed Tokyo , and then flew as far as they could. Four planes crash-landed; 11 more crews bailed out, and three of the Raiders died. Eight more were captured; three were executed. Another died of starvation in a Japanese prison camp. One crew made it to Russia.

The Doolittle Raid sent a message from the United States to its enemies, and to the rest of the world: We will fight. And, no matter what it takes, we will win.

Of the 80 Raiders, 62 survived the war. They were celebrated as national heroes, models of bravery. Metro-Goldwyn-Mayer produced a motion picture based on the raid; “Thirty Seconds Over Tokyo,” starring Spencer Tracy and Van Johnson, was a patriotic and emotional box-office hit, and the phrase became part of the national lexicon. In the movie-theater previews for the film, MGM proclaimed that it was presenting the story “with supreme pride.”

Beginning in 1946, the surviving Raiders have held a reunion each April, to commemorate the mission. The reunion is in a different city each year. In 1959, the city of Tucson, Arizona, as a gesture of respect and gratitude, presented the Doolittle Raiders with a set of 80 silver goblets. Each goblet was engraved with the name of a Raider.

Every year, a wooden display case bearing all 80 goblets is transported to the reunion city. Each time a Raider passes away, his goblet is turned upside down in the case at the next reunion, as his old friends bear solemn witness.

Also in the wooden case is a bottle of 1896 Hennessy Very Special cognac. The year is not happenstance: 1896 was when Jimmy Doolittle was born.

There has always been a plan: When there are only two surviving Raiders, they would open the bottle, at last drink from it, and toast their comrades who preceded them in death.

As 2013 began there were five living Raiders; then in February, Tom Griffin passed away at age 96.

What a man he was. After bailing out of his plane over a mountainous Chinese forest after the Tokyo raid, he became ill with malaria, and almost died. When he recovered, he was sent to Europe to fly more combat missions. He was shot down, captured, and spent 22 months in a German prisoner of war camp.

The selflessness of these men, the sheer guts … there was a passage in the Cincinnati Enquirer obituary for Mr. Griffin that, on the surface, had nothing to do with the war, but that emblematizes the depth of his sense of duty and devotion:

“When his wife became ill and needed to go into a nursing home, he visited her every day. He walked from his house to the nursing home, fed his wife and at the end of the day brought home her clothes. At night, he washed and ironed her clothes. Then he walked them up to her room the next morning. He did that for three years until her death in 2005.”

So now, out of the original 80, only four Raiders remain: Dick Cole (Doolittle’s co-pilot on the Tokyo raid), Robert Hite, Edward Saylor and David Thatcher. All are in their 90s. They have decided that there are too few of them for the public reunions to continue.

The events in Fort Walton Beach this week will mark the end. It has come full circle; Florida ‘s nearby Eglin Field was where the Raiders trained in secrecy for the Tokyo mission. The town is planning to do all it can to honor the men: a six-day celebration of their valor, including luncheons, a dinner and a parade.

Do the men ever wonder if those of us for whom they helped save the country have tended to it in a way that is worthy of their sacrifice? They don’t talk about that, at least not around other people. But if you find yourself near Fort Walton Beach this week, and if you should encounter any of the Raiders, you might want to offer them a word of thanks. I can tell you from firsthand observation that they appreciate hearing that they are remembered.

The men have decided that after this final public reunion they will wait until a later date — some time this year — to get together once more, informally and in absolute privacy. That is when they will open the bottle of brandy. The years are flowing by too swiftly now; they are not going to wait until there are only two of them.

They will fill the four remaining upturned goblets. And raise them in a toast to those who are gone.

I remember the conversation Dave and I had when he told me about the Doolittle Raiders and their pact to toast the passing of each member of their heroic group, a solemn tradition that impressed him mightily.  Dave also pointed me to a M.A.S.H episode where one of the characters did the same thing for his group, and we watched it on YouTube.

That they remembered and honored each other in that way touched Dave very much.  ThirdWaveDave held in high esteem the men whose heroic and selfless actions saved our country.  He believed the tradition of the remaining Doolittle Raiders was next to Godliness.

So… how fitting would it be, I thought, if in Dave’s honor and that of the Doolittle Raiders, I open a bottle and raise a toast to him on the anniversary of the day he joined eternity with these men for whom he held such high esteem?

I shared my plan with Burt who thought it was a grand idea, immediately replying that he too would “raise a glass to Dave on August 7th.”

So on that day, Wednesday, August 7th, if you knew Dave either personally or as my friend and the producer of my radio show, please raise a glass with us and toast to his memory, to the Doolittle Raiders, and to all the patriot heroes who have given so much for our country.

Oh, one last thing… the rainbow song —  sung by the late Israel “IZ” Kamakawiwoʻole’ whose ashes were scattered in the sea, was one of Dave’s favorites, and we often played it at the end of my show.  So Dave, this is for you, somewhere over the rainbow…

Cheers! my friend. You are missed. 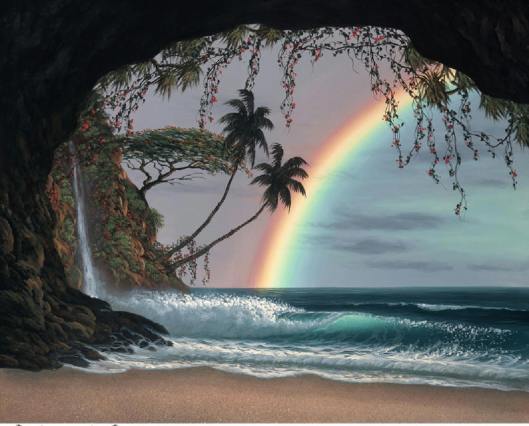 6 thoughts on “Where you’ll find me”