A top Republican investigator said accountability is coming for any of those individuals who may have committed crimes during the Trump-Russia investigation.

And while Ratcliffe said he does not want to prematurely accuse any specific person of a crime — as Democrats have done with President Trump — he stressed that it is clear crimes were committed by people during the Obama administration, including government officials. 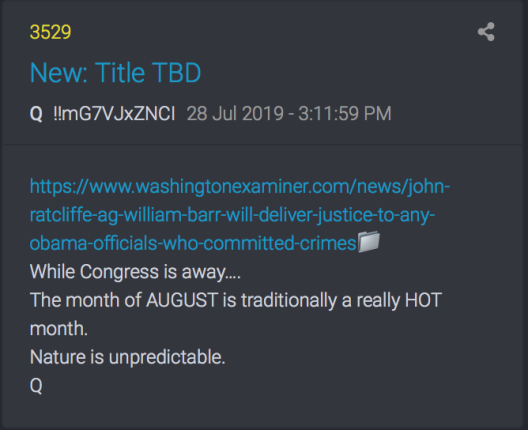 1 thought on “Dog Days of Summer”