Take a good look at these people. They are charged with ensuring our safety as members of the US Senate Committee on Homeland Security. 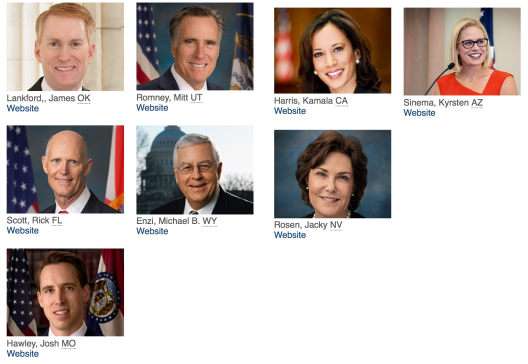 OK, got that? This just dropped in my mailbox.  Un-freaking-believable. What the hell??? 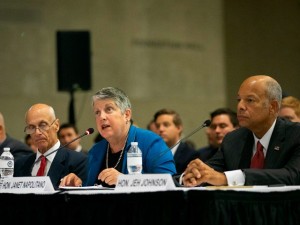 DURING THE WEEK OF
9-11 ANNIVERSARY
CLIMATE CHANGE ATTACKED
THE WORLD TRADE CENTER
FOREIGN POLICY ANALYST: Dan Perkins, is a nationally recognized expert on Foreign Policy and Energy. He is a contributor to DailyCaller.com, Townhall.com, Newsmax.com, and TheHill.com.
No mention of radical Islam was made by any senators during Monday’s Senate Homeland Security Committee hearing — uniquely held at the National 9/11 Memorial & Museum in New York City, NY — days before the 18th anniversary of the Islamic terrorist attacks of September 11, 2001.
Post-9/11 domestic instances of Islamic terrorism were also ignored, including but not limited to the attacks in Chattanooga, Fort Hood, Orlando, and San Bernardino. The only references to ideological dimensions of Islamic terrorism were made by former Secretary of Homeland Security Michael Chertoff, who referred to “jihadi terrorists” in three instances.
Chertoff was joined by Janet Napolitano and Jeh Johnson, two former directors of the Department of Homeland Security in testifying before the committee, professedly on matters of national security.
READ:www.breitbart.com/politics/2019/09/09/9-11-senate-hearing-no-radical-islam-threat-is-climate-change/
WEBSITE: danperkinsatsanibel.com
TWITTER: @dansbeak