Ok, before I lay this in, I think Secretary of State Mike Pompeo is Presidential timber. This won’t come as news to some of you who follow my posts on FB (I’ll be back there in four more days, but not to worry — I’ll still be posting here too!). I think highly of “Kansas” and hope Trump and “we the people” hand him the reins in 2024. But even if that doesn’t happen, we are fortunate to have him partnering alongside President Trump, handling our foreign affairs. That said, here we go… 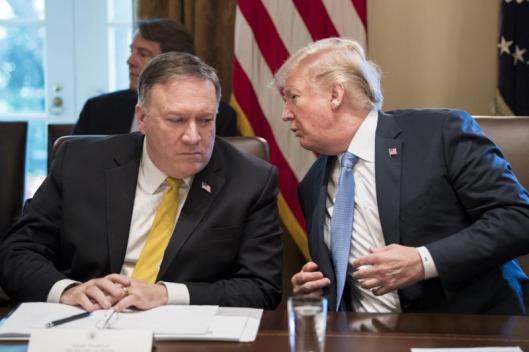 Intro: In the midst of the coronavirus crisis and with virtually no foreign travel on his agenda, Secretary of State Mike Pompeo is scheduled to arrive in Israel on Wednesday for meetings with Prime Minister Benjamin Netanyahu and Defense Minister Benny Gantz. The meetings are scheduled just one day before their “unity government” is set to be sworn into office.

Given the urgency of the current Covid-19 crisis and the health complications of foreign travel, is such a trip really necessary at this time?

Here with us to examine that question and more is David Rubin, the former Mayor of Shiloh in Israel and author of the book, “Trump and the Jews”.

Bio: David Rubin, former Mayor of Shiloh Israel, is the author of the book, “Trump and the Jews” and five other books. Rubin is the founder and president of Shiloh Israel Children’s Fund, established after he and his then three-year-old son were wounded in a terror attack. He can be found at www.DavidRubinIsrael.com or at http://www.ShilohIsraelChildren.org