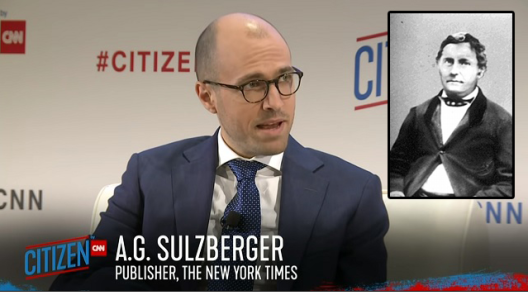 The Ochs-Sulzberger family that owns the New York Times were slaveholders who supported the Confederacy, according to a report from the New York Post.

From New York Post, The Family That Owns The New York Times Were Slaveholders:

I have found compelling evidence that the uncle of Bertha Levy Ochs lived for several years in Natchez, Miss. before the Civil War and owned at least five slaves. 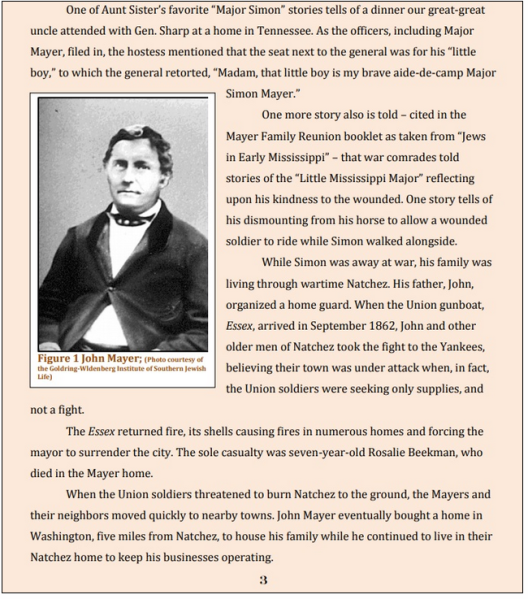 He was her father’s brother and his name was John Mayer because he dropped the surname Levy, according to a family tree compiled by the Ochs-Sulzberger clan some 70 years ago.

Mayer was a store owner and prominent leader of the small Jewish community in Natchez and, during the war, organized a home-guard unit, according to family letters and historians. 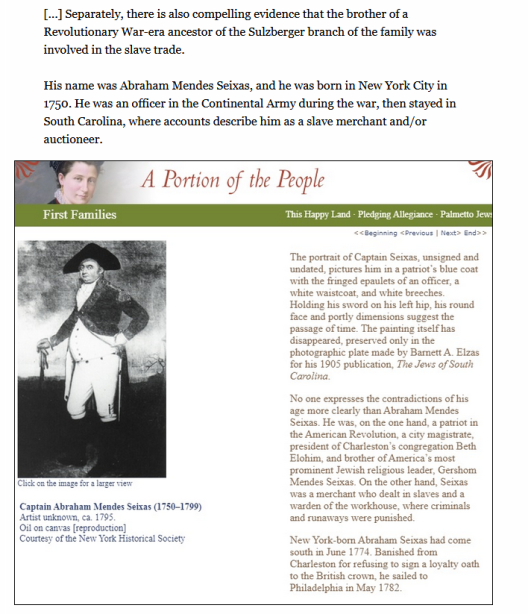