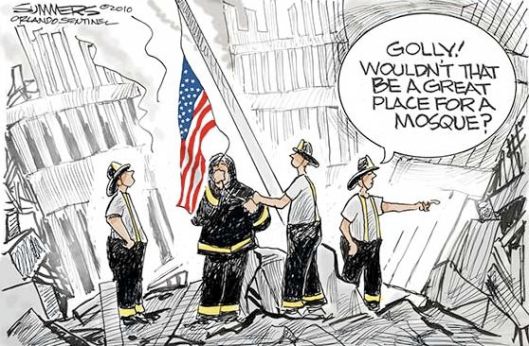 There comes a time. A point where the lingering thoughts you have held on to internally lest you offend friends and fair weather acquaintances must be cut loose. You know that you must rid your conscience of them otherwise your silence propagates the problem plus there is always the potential that your head might explode.

Our country is being led by a comic book character. He never existed until he was written into the story line to deliver a well-practiced speech at a national political convention.

Oh, it had all the right words in it and sounded just swell, but for some reason it lacked the feel. It lacked heart. At least there is little proof of his existence before that speech as his handlers have spent millions to keep a lid on anything that might crack that window and reflect a little sunshine onto his past. He is a creation. He is the work of others and was drawn into our lives one story panel at a time until several issues later on a bleak morning in America, he became our President.

But, as usually happens with a bad script where the final episode was not written before the story was put into production, this one too is starting to take unintended turns. The most obvious is that although he appears in every panel of the comic book strip, his substance is as thin as the multi-colored pages on which his image rests. It is his creators and behind the scenes handlers that we should fear.

Desperate people who want to keep their political power will take desperate measures. They will write dangerous maneuvers into the script to save their faltering figure head. They must find a way to salvage his legacy. Iran may want to duck.

His youthful communist and Muslim indoctrination is now well-documented. It is rare that one travels very far from life’s influential years and its influencers. That probably explains the relationships of today. A bigoted America hating “preacher”, the self admitted communist and terrorist in whose home his political career was launched, and other assorted communists, hippies and members of Students for a Democratic Society who surround him and are now charter members of his czardom.

It likely explains his globetrotting apology tours. Probably explains why he was first out of the gate to state that a local police force acted stupidly while urging Americans not to jump to any conclusions when a Muslim nutcase screaming Allah Akbar shot and killed 13 Americans at Fort Hood. Of course questioning any of this does result in one being labeled a racist by his script writers. Everyone cowers at being called a racist by racists. It is a strange phenomenon.

Stupid starts to add up on you after a while. The apology tours were not good. Americans are like anyone else, they look for a leader who will stand up for them, not apologize for them. Spreading the wealth, we are not a Christian nation, when life begins is a concept above his pay grade, we are one of the world’s largest Muslim nations, bankrupt the coal industry, clinging to your guns and bibles, looking for some ass to kick, plug the damn hole…

Is the President nearing his jump the shark moment?

He has traveled so far to the left that his typically professional left, as Mr. Gibbs refers to them, is now on his right. His polls are in the toilet. Congressional polls left the toilet long ago and are heading for the sewage treatment plant. The political future, if you can trust the political prognosticators, is not too bright if you are a Democrat. Now Mr. President has put his Presidential, and de facto Democratic, seal of approval on building a symbol of Islamic conquest at ground zero. America was once again flipped off and gut punched by a cartoon character.

When popularity has peaked and ratings are nearing toilet bowl ring level, jumping the shark to either raise the ratings or make them even more irrelevant cannot be too far behind. The question is can we survive it?

I am curious. Has anyone seen Colin Powell? 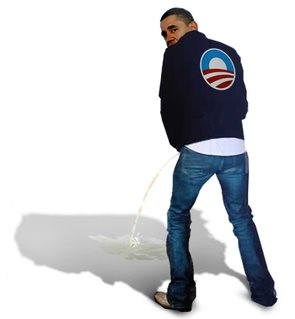