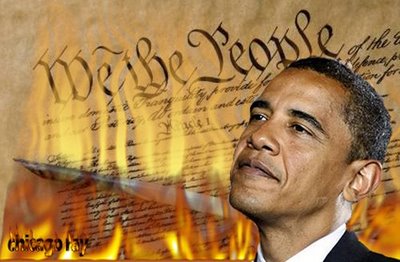 The “Roberts Court” of the U.S. Supreme Court imo will be known in history as the Neville Chamberlain supreme court, the great Obama appeaser court.

Appeasement due to fear that some immediate small amount of veiled and threatened violence from the far left Saul Alinsky goons and tyrants and bullies and thus not doing the right thing early only to support the rule of law and the Constitution ultimately leads to be much bigger problem later. History has shown us that over and over.

This matter should have been addressed by the media and political parties early in the spring of 2008 during the primaries. It wasn’t.

Congress should have addressed this when asked and when constitutionally it was required to. It didn’t.

The courts should have addressed the merits of the questions when appealed to early on. They didn’t.

Everyone in our system of government chose appeasement over confrontation and punted the ball to someone else. Now it is far worse. The Supreme Court has chosen appeasement and inaction over action and dealing with the issue and questions openly in a court of law under the rules of evidence and law.

Our Constitutional Republic and legal system is now compromised and broken. And it will only get worse as our legal system and constitutional republic further deteriorates and the rule of law gives way more and more to appeasement of bullies such as Obama and his far left cronies and puppet masters.

Appeasement of the constitutional usurpers will not make it go away. It will only delay the inevitable and fester and in the end be a far worse situation to deal with when the real nature of the tyrant reveals himself in a bolder way and takes away all our liberties. Neville Chamberlain tactics never work with bullies, tyrants, and national socialists.

Justices turn aside another challenge over Obama’s citizenship

Washington (CNN) — The Supreme Court has again cast aside an appeal that raised doubts about President Barack Obama’s U.S. citizenship, a grass-roots legal issue that has gained little legal or political footing, but continues to persist in the courts.

The justices without comment Monday rejected a challenge from Charles Kerchner Jr., a Pennsylvania man who sought a trial in federal court forcing the president to produce documents regarding his birth and citizenship.

Kerchner’s attorney, Mario Apuzzo, had argued in a petition with the Supreme Court that Obama did not fit the definition of a “natural-born citizen” required for the nation’s highest office, as defined by Article II, Section 1 of the Constitution.

Kerchner, a retired military officer who describes himself on his website as a “genetic genealogy pioneer,” argues the framers of the 1789 document intended a “natural-born” citizen to mean someone born in the U.S. to parents who were both American citizens.

The high court and other courts had dismissed earlier, unrelated lawsuits from individuals questioning Obama’s citizenship. State birth certificate records show he was born August 4, 1961, in Honolulu, Hawaii. His mother is a native of Kansas; his father was born in Kenya, which at the time was a British colony.

“A person gains allegiance and loyalty and therefore attachment for a nation from either being born on the soil of the community defining that nation or from being born to parents who were also born on that same soil or who naturalized as though they were born on that soil,” said Apuzzo. “It is only by combining at birth in the child both means to inherit these two sources of citizenship that the child by nature and therefore also by law is born with only one allegiance and loyalty to and consequently attachment for only the United States.”

He said it was “undisputed fact” Obama’s father was a citizen of the British crown.

The Obama administration did not file, and the high court did not demand, a formal government response to this latest legal claim. The high court will often insist the Justice Department weigh in with its views on a particular constitutional issue, or when it is being sued, and that is a sign the justices are seriously considering accepting the appeal.

Obama and his staff produced copies of his birth certificate when he was running for president in 2008, and have previously dismissed questions over his citizenship.

Other legal claims on the citizenship question whether Obama was in fact born in the United States, and whether his birth documents are authentic.

Among the issues the high court has refused to fully address in these appeals involves “standing,” whether individual Americans can bring such a lawsuit, by first establishing personal, direct “harm” or “injury” from having Obama occupy the White House. Overcoming that legal hurdle would allow such suits to proceed on the merits in courts.

Some of the claims of various “birther” movement organizers insist the president was born in Kenya or Indonesia; that his birth certificate is a forgery; and that he had dual American-British citizenship at birth because of his father’s Kenyan heritage and therefore is not a “natural born” citizen.