So I watched the “debate” with several others who were reading the live thread tweets by Shem Horne (@shem_infinite.)

His observations were hilarious. You’ve GOT to read them… He took one for the team tonight, and I hope he’s willing to do it again for tomorrow’s debate debacle. 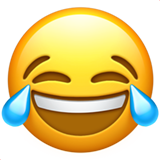 Anyone that hates their life and wants to waste two hours worth of the precious minutes they have on this earth can watch the Democratic Debates on CNN live here at 8 PM Eastern.

For those that don't, I'll be doing a live thread here. https://t.co/6jhzqwvyWa