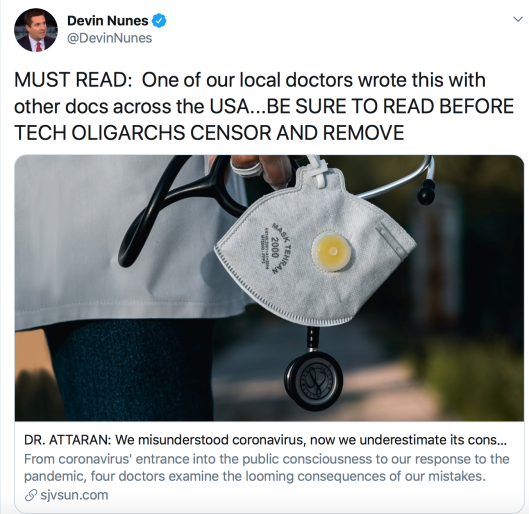 We misunderstood coronavirus, now we underestimate its consequences

Yes, there’s been a pandemic

In early January 2020, reports of a deadly new disease that originated in China began circulating around the world. In a matter of weeks, it had spread to nearly every continent and infected 3.8 million people, leaving more than 265,000 people dead. This strange new virus, COVID-19, spread quickly and preyed on the vulnerable, as evidenced by its path of destruction throughout the world. The initial estimate by experts was a death rate of around 3% – close to 10 million Americans dead. Experts at the CDC suggested that the number of sick patients would rapidly overwhelm our hospitals. That was the original logic behind quarantine and social distancing. Despite this, new numbers suggest that COVID-19 is far less deadly than experts previously believed.

Flatten the Curve, the Rationale Behind the “Lockdown”

​On March 11, President Trump closed the borders to travel from Europe. Eight days later, California’s governor Gavin Newsom announced that the state would implement an indefinite shelter-in-place. Three days after that, Governor Andrew Cuomo shut down New York. At the time, these leaders were taking the steps they thought appropriate due to a lack of information about COVID-19. The initial reports from Italy and Spain were horror stories and soon thereafter we saw an uptick in patients in New York City. Faced with such a situation, we believed a lockdown was necessary for information-gathering. Dr. Fauci said that the initial numbers estimated 10 million Americans dead. These shutdowns were implemented in an attempt to flatten the curve so that our hospitals weren’t overwhelmed. Yet even at its highest peak, New York City’s hospitals were not overwhelmed.

​People praise California for its lockdown and social distancing practices, although it implemented the policies only three days before New York City. The problem with the data coming out of California is the number of people being tested. California has 1/10 of the deaths of New York but California has only done 1/10 of the testing that New York has. California is attributing it all of its success to the lockdown, but that isn’t the entire story. The ratio of infections to tests in New York and California are nearly identical. This emphasizes the recent Stanford and USC studies that show that the virus is more prevalent in California than perceived.